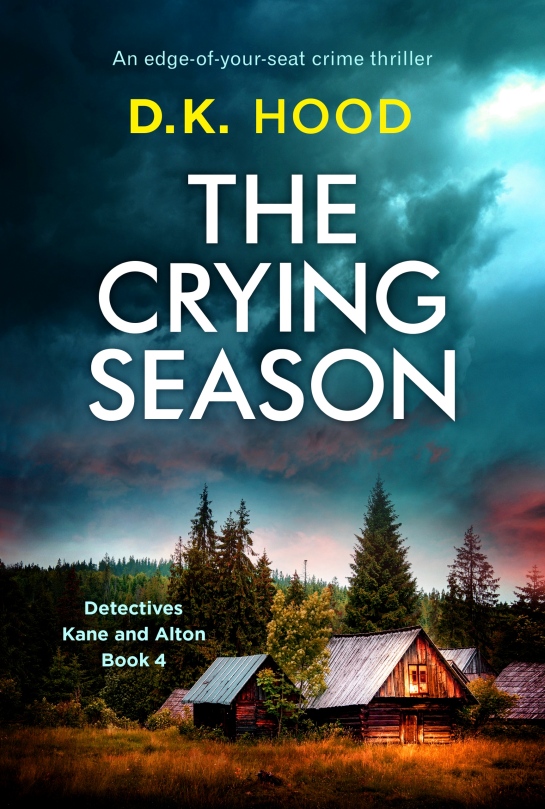 What The Book Says

The light fades as she runs for her life, the forest now becoming quieter around her. The only noise she hears is the sound of footsteps following her…

It’s hiking season in Black Rock Falls and the small town in Montana is flooded with visitors. But when a hiker finds a human skull on a deserted trail in the woods that surround the town, Detective Jenna Alton is called in to investigate.

With no missing persons reported, Jenna has no leads. Then her team makes a shocking discovery – the body of another hiker, a young man, tied to a tree and riddled with bullets. Could the two murders be linked?

As more bodies are found, Jenna and her deputy David Kane know that they must venture deep into the forest to find and face the killer. But nothing can prepare them for what awaits them there…

Can’t believe we are sitting at Book 4 in the Detective Kane & Alton series, The Crying Season, and I’m loving it, loving it.

Where did D.K Hood take the newest instalment, OMG she plunged me into the deepest, darkest depths and back again, how could I possibly deny my shock and awe, from such a depraved killer who hunts, stalks and murders with an unsurmountable desire.

Hood catapulted us straight into the gruesome with the discovery of a skull, a human skull, by a couple walking the trails. Black Rock Falls is developing a name, seemingly a magnet for serial killers, Sheriff Alton and Detective Kane have to use all their experience to outwit the killer before more people die.

I really love the dynamics surrounding Alton and Kane, they have a wealth of experience and knowledge which each utilise effectively when on the trail of a predator, they certainly are a “got your back” stereotypical pairing, but the tooing and froing of them will they, won’t they, is driving me nuts, they need too. Okay so I just want to see a thriller where the two characters like each other actually do something about it, hahahaha.

Okay so match making not my forte, but raving about a damn good crime thriller, with characters well suited to the scenarios unfolding before my eyes absolutely, definitely, just see if you can stop me.

I can’t possibly shout out enough about D.K. Hood’s phenomenal book series but I can, I will, but my ultimate test is the waiting for Book 5.

Thanks to Bookouture, D.K. Hood and Noelle Holten for my advanced readers copy of The Crying Season. It has been a pleasure to read and review the book and to be part of the Blog Tour, giving my own unbiased opinion.

I’ve always had a wicked sense of humour and was the kid who told the ghost stories around the campfire. I am lucky to have family all over the world and have spent many vacations in places from Paris France to Montana USA and Australia. I use the wonderful memories from these visits to enhance my stories.
My interest in the development of forensic science to solve crime goes back many years. I enjoy writing crime, mystery and thrillers. With many stories, waiting for me to write I’ll look forward to sharing many spine-tingling stories with you.
D.K. Hood is an active member of International Thriller Writers. 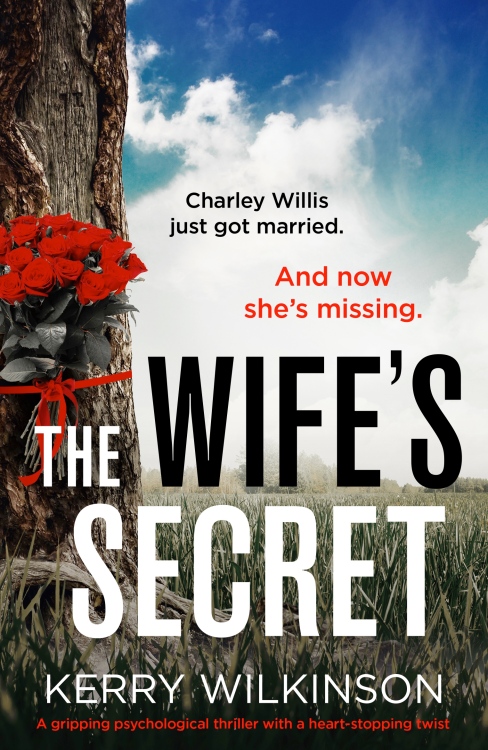 What The Book Says

Charley Willis was thirteen years old when her parents were killed in their family home and she was found hiding in a cupboard upstairs.

Fifteen years later, Charley is marrying Seth Chambers. It should be the happiest day of their lives, a chance for Charley to put her past behind her, but just hours after the ceremony, she is missing.

No one saw her leave. No one knows where she is.

One thing is for certain…Seth is about to discover he doesn’t really know the woman he just married. And his nightmare is only just beginning.

A totally gripping psychological thriller that will keep you reading until the very last jaw-dropping twist.

Holy Hell Kerry Wilkinson where do you find the imaginative prose to snare your readers with the psychological thrillers which consume every part of our minds.

Well The Wife’s Secret is no exception, Kerry you have managed to create another thriller which drags you to Hell and back, so buckle up, hold on tight and enjoy the ride.

Lets see what Kerry had in store for me as I began to leaf through the pages of The Wife’s Secret. Its a Wedding, a Hidden Past, a Secret………..the Past, the Present, the Future all collide, Charley has vanished just hours after her marriage to Seth. There are no witnesses, no evidence of anything untoward, Charley is just gone. As the hours pass it becomes apparent that Seth doesn’t really know his wife, what secrets are hidden in her past and can Seth live with them, only time will tell.

As each page turns the secrets and lies unfold, slowly escalating, building a picture, tying together the threads, eventually as the ending draws near and the final pages turn, I held my breath and gasped………….Now Its Your Turn!

I’m not one for spoilers as I believe a well written book needs no interpretation or over indulging introductions, but the basis of well rounded character are a must and Kerry fulfilled this with Charley in my opinion. Kerry has painted almost a parallel picture of Charley, a shy introvert with a skill for the dramatics, it’s almost like Charley is no amateur, having a flare for deception while her past stays buried, but living the present as an impoverished soul.

Seth on the other hand is quite gullible, he for all intensive purposes has blinkers on, he perceives Charley as being perfect when in fact she is fallible, Seth is ultimately a soft hearted, gentle notion of a man who lacks bite but is a constant in peoples lives.

Overall Kerry has produced an amazing new psychological thriller, The Wife’s Secret, which will have you picking your jaw up from the floor will all the intricate twists and turns. Bravo Kerry, Bravo!

My thanks to Bookouture, Kerry Wilkinson and Noelle Holten for the opportunity to read and review an advanced readers copy of The Wife’s Secret in exchange for my honest and unbiased opinion. It has been a privilege to be part of the Blog Blitz for another phenomenal standalone book by Kerry.

Kerry Wilkinson has had No.1 bestsellers in the UK, Canada, South Africa and Singapore, as well as top-five books in Australia. He has also written two top-20 thrillers in the United States.

As well as his million-selling Jessica Daniel series, Kerry has written the Silver Blackthorn trilogy – a fantasy-adventure serial for young adults – a second crime series featuring private investigator Andrew Hunter, plus numerous standalone novels. He has been published around the world in more than a dozen languages.

Originally from the county of Somerset, Kerry has spent far too long living in the north of England, picking up words like ‘barm’ and ‘ginnel’.

When he’s short of ideas, he rides his bike or bakes cakes. When he’s not, he writes it all down.
Author Social Media Links:
http://kerrywilkinson.com
http://facebook.com/KerryWilkinsonBooks

The boy’s body was so white it was almost transparent. But that’s not what caused the nausea to rise up her throat. He was so young. His body was unmarked, surrounded by a halo of plucked wildflowers.

One hot summer evening, eleven-year-old Mikey Driscoll is on the way home from playing with friends. Two days later, his body is discovered on a bed of wildflowers by some local teenagers.

The case is assigned to Detective Lottie Parker and this time it’s personal. The victim was a close friend of her son, Sean, from the run-down Munbally estate on the other side of town. Sean tells his mother Mikey was behaving normally before he died, but Lottie can’t help but feel that her son is keeping something from her…

Then days later, another boy is found dead, surrounded by wild flowers next to beautiful Ladystown Lake.

On the hunt for a twisted individual with a terrifying calling card, Lottie must uncover the web of secrets within Mikey’s circle of friends. Someone is hiding something but who are they protecting and can Lottie find out before it’s too late? Lottie is desperate to catch the killer before he strikes again because this time her own child could be in terrible danger…

If you love Karin Slaughter, Robert Dugoni and Rachel Abbott, you’ll love the latest heart-stopping thriller from Patricia Gibney. Tell Nobody will keep you guessing until the very last page.

Well who would have thought it, Book Five with DI Lottie Parker. It seems an age since I tread the pages with Parker as she delves into the murky, dark depths of the criminal world. What I have noticed lately is that every ballsy women author I have read of late is on a crusade to capture the much desired Orange Best Seller Tag on Amazon. I have no doubt that Tell Nobody is going to be up there with the rest as Patricia Gibney has nailed it once again.

Book Five, Tell Nobody, no holds barred Patricia. The opening just snatches your breath away before you have a chance to absorb the true realism of what has transpired, leaving you floundering, clinging to the small hope it was all a terrible mistake, that it never happened, only for Patricia to drag you further into the depths of a depraved serial killer’s mind. Just the way I like it.

I just love catching up with Lottie, even though her family dynamics are dysfunctional, her private life away to pot, the hostility she presses upon her superiors and the general antagonistic attitude which exudes from Lottie, each part becomes the Lottie Parker we know and love.

In Tell Nobody we have an assortment of characters old and new, each with their own secrets and lies, hiding from their own lives, but the predator, the serial killer is hiding in plain sight. Can Lottie and her team apprehend the serial killer before another is killed.

Tell Nobody is well paced, the trips and triggers well spaced out, the plot was amazing but tough to read especially if quite an emotionally centred person, like I am at present. For all I did become quite emotionally embroiled in some of the situations, I dare you to be a hard heart and not become emotionally charged by the heart achingly, gut wrenching scenarios.

My thanks go out to Bookouture, Patricia Gibney and Kim Nash for the advanced readers copy of Tell Nobody. It has been my pleasure to be part of the Blog Blitz on publication day, thanks for letting me have a spot Kim. 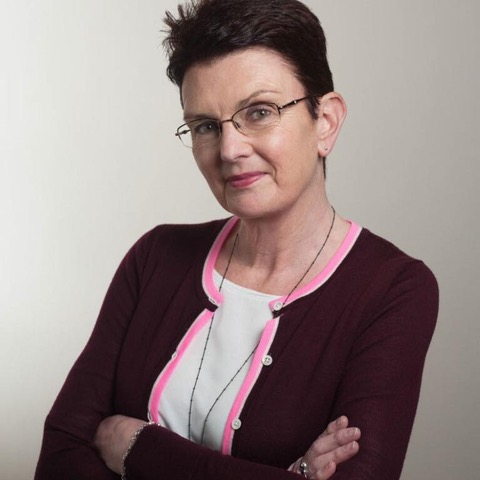 Patricia lives in the midlands of Ireland. She is an avid crime reader so naturally she found herself writing in the crime genre. To date, (July 2018) Patricia has sold over ONE MILLION COPIES in the LOTTIE PARKER series.

A life changing experience in 2009, with the death of her 49 year old husband, meant she had to give up her career, and over the following few years, she rekindled her love of art and writing.

Initially Patricia wrote and illustrated a children’s book, but her real ambition was to write a novel. And she did!

In January 2016, she joined with Ger Nichol of The Book Bureau Literary Agency. In July 2016, Patricia signed with Bookouture for four DI Lottie Parker crime novels.
The Missing Ones (Book 1) published in March 2017 and to date has reached a high of number 2 in Amazon UK Kindle charts and number 6 in the US. It also achieved number 1 in all its categories. It is a bestseller in UK, US, Canada and Australia.