Well its time for another fantabulous cover reveal from the publishers @bookouture of Carol Wyer’s newest instalment in the Detective Robyn Carter series, The Chosen Ones. Now when the call went out for bodies (oops I mean Bloggers) to swamp the internet with Carols new book cover, there was no way on this earth I was going to miss being one of The Chosen Ones, it was a Hell Yes Moment.

Well lets get on with it I hear you say…… Are you sure, I though we might play a little game of hide n’ seek, Carol are you up for it?

Now that elusive cover will eventually appear but I thought we might discover a little about Carol Wyer, so lets seek out what we would love to know about Carol the Author.

Looky here there’s a picture of our lovely Carol, what I find amusing is how hard it is to imagine how someone so sweet can produce such gut wrenching storylines, but there it is, Carol is that awesome author and by gawd do we all love her for it.

Now to look and see what Carol has to say about herself.

Carol E. Wyer is an award-winning author whose humorous books take a light-hearted look at getting older and encourage others to age disgracefully. More recently she has chosen to write for the “dark side” and embarked on a series of thrillers, starting with the gripping best-seller, Little Girl Lost.
Her book Grumpy Old Menopause won The People’s Book Prize Award for non-fiction 2015.
Carol has been interviewed on numerous radio shows discussing ‘Irritable Male Syndrome’ and ‘Ageing Disgracefully’ and on BBC Breakfast television. She has had articles published in national magazines ‘Woman’s Weekly’ featured in ‘Take A Break’, ‘Choice’, ‘Yours’ and ‘Woman’s Own’ magazines and writes regularly for The Huffington Post.
Carol is a signed author with Bookouture and Delancey Press.
To learn more about Carol, go to:
www.carolwyer.co.uk or follow Carol on Twitter: @carolewyer.
Carol blogs at  www.grumpyoldmenopause.com

Right now we have discovered some things about Carol, how about we have a wee swatch at her latest book The Chosen Ones, we are lucky enough to have the synopsis and damn its good, can you wait for it, okay, okay I’ll let you see it…….

The Chosen Ones by Carol Wyer

They had not been forgiven. And they would never be forgotten ….

When a doting young father is murdered and his body discovered in a cornfield for his family to see, it’s a harrowing new case for Detective Robyn Carter. But just as Robyn starts to investigate, a popular local doctor and young mother, is found dead outside her surgery.

As Robyn tries to find the link between the victims, she uncovers a dark web of secrets. Were these much-loved members of the community as innocent as they seemed?

The killer has a message for Robyn and the carefully chosen victims. Can Robyn get to the truth before she becomes the next target?

If you love Angela Marsons, Patricia Gibney and Rachel Abbott, you’ll love the latest pulse-pounding thriller from Carol Wyer. The Chosen Ones will keep you guessing until the very last page.

Doesn’t The Chosen Ones sound amazing, it just drips criminality and I can’t wait to get my hands on it. I’ve read every one of Carols books about Detective Carter, in each one every exploit gets better and better with every instalment Carol fulfils in the Detective Robyn Carter series.

Okay now we have sought out Carol Wyer our lovely author and had a little look at the synopsis for the upcoming book The Chosen Ones, do you really want to see the cover………Fine I’ll just run out and get it

OMG I’m knackered, that’s one helluva journey, all that racing up and down the emails, fairly wears you out, but our Kim Nash always comes through and its here…… 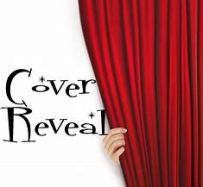 Its time to pull back the curtains and seek out the cover reveal.

The amazing cover for The Chosen Ones by Carol Wyer due for release on the 24th of May.

Damn its good, the cover for Book Five, The Chosen Ones. I’m always in awe of the graphics of a book, where the imagination comes from, how they manage to draw your eyes to the cover and set the scene, enticing you into opening up to the first page and beginning your journey, with much loved characters.

Many thanks to Bookouture, Carol Wyer and Kim Nash for the opportunity to reveal the cover for The Chosen Ones, just the waiting for publication day……..as Bookouture have hid it.