It’s with great pleasure to be part of the gang on publication day celebrating with a #BlogBlast for The Silent Girls by Dylan Young, a debut thriller with Detective Anna Gwynne.

‘Ambulance and police. Something’s happened. I don’t know what. But my little girl.’ A sob choked off the sentence… ‘It’s my daughter.’

When a young girl disappears from the edge of the local forest, the Gloucestershire police are convinced she’s been taken by the same killer who stabbed to death beautiful, young Emily Risman eighteen years ago. They’re desperate to finally have the evidence to put him away. To save another girl before it’s too late.

Only Detective Anna Gwynne thinks he isn’t the real killer.

Anna can’t find proof and as time is running out, she realises she needs to get inside the killer’s twisted mind. And she knows just who to ask. Hector Shaw, in prison for killing the six men who caused his own daughter’s death.

Can Anna get what she needs from Hector before another life is lost, or could he lead her down a path that puts her own life in grave danger?

An absolutely page-turning thriller that will have you hooked. If you love Val McDermid, Angela Marsons and M.J. Arlidge, you won’t be able to put down The Silent Girls.

The Silent Girls is the first in the series surrounding Detective Anna Gwynne by the fantastic author Dylan Young. Dylan opens with a crime which will have you gasping at the reality of how probable this violation of another human being could occur. The intense darkness drags you deeper into the depths of perpetual hell giving you a sense of bewilderment and a tangible feeling of suspense.

Two crimes, is there a historical connection, Detective Anna Gwynne is investigating both with the aid of an unlikely source, a serial killer Hector Shaw, who has a predilection for Gwynne. Can Gwynne save another girl before its too late, fingers point to the convicted killer of Emily Risman, but Anna believes there is more to the investigation and that the serial killer is still at large.

Hector Shaw a convicted serial killer draws Anna in but what are his intensions, does he really know who is responsible, Anna has to traverse the mind of a serial killer and hope that she is not leading herself into danger. There are so many suspects, I couldn’t believe how Dylan managed to lead me a merry dance. I mentally pointed my finger, eradiating suspects but with twists I didn’t see coming I always seemed to come full circle, doubting my powers of deduction. For all my speculations Dylan bamboozled me and he won out, bravo, a definite sign of spanking good thriller.

A fantastic 5*police thriller in which I thoroughly loved, delving deep into the dark mind of a serial killer, chilling my very soul. The Silent Girls drips with intense and insatiable criminal desire, pulling you deeper into the darkest of minds.

Thank you to Dylan Young, Bookouture and Noelle for allowing me to read and review an advanced readers copy of The Silent Girls and to be part of the #BlogBlast on publication day. 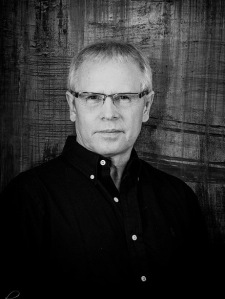 Dylan Young grew up in a mining village in South Wales before boarding a train for university in London. A career in the NHS followed, but the urge to write never went away. Three dark psychological thrillers for Random House emerged in the late nineties, two of which were made into BBC films. Over the last decade, under different pseudonyms, he’s written children’s books and an adult contemporary fantasy series. But his liking for crime (writing) never died. The Silent Girls releases 19th January with the second book to follow soon after.

One thought on “#BlogBlast THE SILENT GIRLS by DYLAN YOUNG”